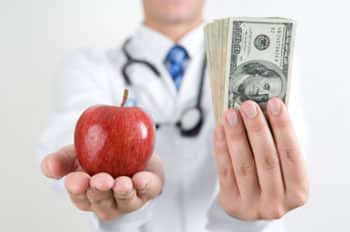 Remember when Apple brought sexy back? Well, they’re trading some of it back and buying into a revenue stream that’s not best defined as ‘sexy’.

In the last few days Apple has generated a ton of discussion. More than usual even. Funny how a string of calculated announcements by the most well known company in the world will do that. As we all know, Apple has turned self-promotion into a science. But does any of this year’s new hardware represent a noteworthy new chapter to the Apple story?

I don’t think so.

But that’s not to say that this doesn’t have the potential to be an extremely noteworthy year for the company.

Apple makes good looking products. Hardware and software. For the most part, the company has relied on stark and simple means to sell their own well-designed aesthetics. Sex sells, right? Just show some nice curves, play some trendy music and call it a day!

The company’s latest push suggests that their products are ‘getting even smaller’. The next few months promise Apple’s first smart watches and almost-unbelievably razor thin new laptops. But the company is getting much smaller than this, intangible even. Let’s not forget their bid to take over transactional payment processing: Apple Pay.

In my opinion, this is the company’s most noteworthy new endeavor in the past three years. It’s not even a close race (sorry Apple Watch!).

The Apple Story does tend to focus upon sexy new products and packaging (Remember: this ‘packaging’ including the company’s own internally-developed marketing and in-house marketing agency). Design standards is certainly the side of the story that we’ve been focusing on this week.

But their Story is also about unexpected pivots, moving into new markets and even creating their own. They were the first to successfully sell the world on a touch screen. They convinced us that a household could benefit from a tablet device. And even before all that, who would have guessed that Apple was going to redefine the music industry?

As a market innovator (and even a market creator) Apple Pay is the company’s newest juggernaut. At least, they certainly hope it will be. In fact, it’s jarring just how assertively their out to conquer payment processing. They’ve outsourced their marketing to as many partners as possible. It feels a bit out of character.

Apple is certainly trying to make Apple Pay look stylish. It’s a unique marketing challenge for the company: generating excitement for something most consumers aren’t immediately attracted to. Most consumers don’t pay attention to which payment processor they use. It’s the same dilemma faced by credit card issuers for years. Just ask Capital One.

Capital One has been screaming “What’s in your Wallet?!” to deaf ears for years. For all their effort, many of their customers still don’t even know they’re Capital One customers. Meanwhile, Apple typically relies on its devoted brand advocates. A typically Apple consumer knows exactly what phone is in their pocket. But, three years from now, will consumers care about what brand of ‘digital wallet’ they utilize? One thing’s for sure: the Apple Pay venture will take much more of a push to reach the masses than something as inherently playful and aesthetically destinct as an iPod.

So it really should be no surprise that, while we’ve all been talking about another year of even thinner laptops, just about every major bank/credit card has its own targeted Apple Pay marketing push. Remember, as you were watching announcements about the new hardware, these were the sponsored ads.

Apple understand the revenue potential to be found in the minutia of payment processing. Their isn’t much data to work with yet, so we can only speculate how much revenue is on the table for the company. Safe to say that they’re banking on sky-high digital dollars. Stay tuned.

We’ll be back after these messages:

Top Ten Direct to Consumer Websites to Check Out in 2022